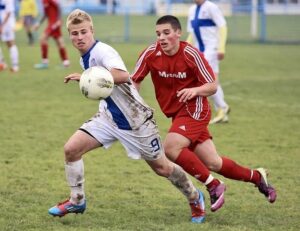 Soccer, with over 3.5 billion fans around the globe is arguably the world’s most popular sport. More than 20 million people play it in more than 140 countries.

Fifty years ago, soccer was almost totally unknown in the US, but today it is more popular than baseball, and well ahead of American football. And as a welcome development, it has also been successfully adopted by women who demanded (and are receiving) equal pay for their achievements.

The sport’s growing popularity must have something to do with the fact that it has rather simple rules and that anybody can play. But it is also a sport that ignites passions to a degree seldom seen in other disciplines. As already witnessed in some games of the FIFA World Cup in Qatar, individuals will unabashedly scream, cry, or even pray without any shade of embarrassment.

Next Sunday, Argentina will face France in the finals of the Soccer World Cup. “If the 2022 final does continue its expected surge in viewing figures, a total worldwide figure of 1.5bn does not seem unrealistic on December 18.”

It means that, if I am correct, almost 1/10 of the world’s population will stop whatever they were doing to watch the clash of the soccer titans. Do not expect anything major (even sex) to be accomplished anywhere while the game is on.

French President Emmanuel Macron was present for the semi-finals and will undoubtedly stay in Qatar to watch the finals. The French, generally speaking, are a bunch of rabble-rousers who seldom agree on anything, but this Sunday they will present a unity seldom seen in the land of Foie Gras and Champagne.

I will definitely watch this game, and despite the fact that I am a confirmed atheist, I will pray (in my own obscure way) for the victory of the French team. I just hope that a win for either group won’t be settled by an (unfair) and almost unstoppable penalty kick.

Who is going to win? Will the Argentinian Sun cofound the Gallic Rooster?

If with the inestimable help of Hugo Lloris, the French team succeeds, they will undoubtedly be feted in a glorious parade on Les Champs Élysées in Paris… and social strikes will be averted for at least a few weeks.