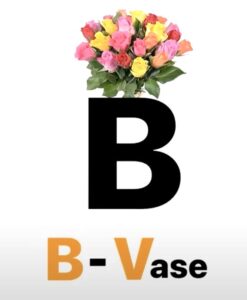 When you are retired, you absolutely need hobbies, otherwise, you will get bored… and badger your spouse ad nauseam… with deadly consequences.

I have a few hobbies, among them linguistics, and I always have been relatively successful with some foreign languages… if they use Latin characters. But when faced with foreign alphabets (Hebrew, Chinese, Greek, Cyrillic, etc.) I get immediately thrown out of the game.

Since I live in a semi-Slavic environment, my latest project is to be able to read Russian text fluently. No small task my friends… comparable in my mind to Hercules’ 12 Labors.

The Russian language is a mixture of early Phoenician, Greek, and Cyrillic alphabets, with a few Latin-looking characters thrown in the pot for good measure. But these familiar-looking characters turned out to be false friends. A Russian B for example is pronounced like a Latin V, and a Russian P is really an R.

With a Cyrillic chart by my side, I can decipher a few Russian words with the ability of a First grader… But this is not enough. I can and I will do better.

One of the saving (and surprising) graces of Russian is that it has “borrowed” a lot of words from a wide variety of languages. When you can finally read some Russian text, you are surprised by the abundance of foreign words (mainly French). After a little research, I discovered quite a few Dutch, English, German, French, Italian, Polish, Greek, Yiddish, and Arabic words.

So, the key to reading Russian is the ability to remember what each strange character sounds like. It is like a music sheet. But the older you are, the more difficult it is, for the Latin-sounding characters have become so ingrained in your mind that it is difficult to think of any other sound.

There is a Russian saying that goes “An old friend is better than two new friends “and to me, this also applies to any alphabet.

Like in any discipline, you need to start everything young. I envy the little nippers aged 4 or 5 who, without knowing how to read, are totally fluent in 2 or 3 languages. It is not fair, and it ought to be censured.

I will end my little lecture by quoting something I recently learned in Russian. To answer the question “Will I ever be able to read or speak Russian fluently?” a Russian would probably answer: 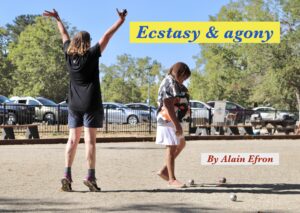 As you probably know, I am about to publish another photo album. Why might you ask? Otherwise, what would be the point of taking pictures, or creating anything if you couldn’t show it off?

Over a century ago, Fred R. Barnard said, “a picture is worth a thousand words” and it is still true today. Pictures shape opinions and make the world go round.

One way to preserve some of your pictures is to encapsulate them in a photo album. It looks good on a coffee table, and it helps to chat and share memories. Photo albums are tangible objects, easily accessible. They tell a story and can easily be shared with others.

A precise objective usually drives every project, and so is this one. In this photo album, the goal is to show the passion, the excitement of the game, and maybe encourage more people to embrace it. The game is still relatively new in the US, but I anticipate that it will grow and become extremely popular (as did soccer) in America.

Contrary to what some people might think, pétanque is not primarily an old men’s game. Especially in France (where the game was born) it is played early by kids who try to emulate their elders (and they often succeed). The game can be strenuous, and I guarantee that after spending a few hours on the field, you will sleep well.

When choosing pictures to populate this album, I always favor shots that capture the emotions and spirit of the moment, whether it is victory or defeat. I want to see passion and excitement on the faces and bodies of the players, and a grimacing face or a contorted body instantly qualifies its owner for a spot in this album.

Pictures of course should be as clear as possible, demonstrating passion and the will to succeed. Ultimately, the most important factor is choosing pictures that represent what you want to convey.

Overall, sharing a sports photo album with friends, family, and teammates can help spread excitement and camaraderie, and give others a glimpse into your experiences.

If you are interested, you can preview this album, by clicking on the following link:

“It’s not whether you win or lose, it’s how you play the game.” ― Grantland Rice

Father Time is a grouchy old man, seldom kind to anybody or anything. He works a little bit like termites, silently and insidiously, and you rarely notice any change in your environment… until you stop running and assess your balance sheet. You are usually shocked. Nothing or nobody looks the way you remember it.

Yesterday, I enticed my consort to have lunch in San Francisco’s  Marina district where I previously resided for 25 years. It turned out to be a major disappointment.

Chestnut street which looked pleasant 30 years ago, now looks shabby. Due to Covid, all the eating places have hurriedly built ugly street additions, which makes the whole area look like a refugee encampment.

With cars double-parked everywhere, and cheap fast-food places encroaching the whole area, the place looked as appealing as Murder Alley. And some guy lying motionless on the sidewalk did not help to correct this first impression.

The only saving grace in my eyes was a spotless, newly opened business named La Fromagerie. As the name indicates, it is a cheese shop that features French cheeses, salads, and sandwiches. You can also buy some “saucissons, rillettes and croissants”.

I struck up a small conversation with one of the young French ladies behind the counter and she proved friendly and helpful. I would have been happy to have lunch there, but unfortunately, the place is rather small and cannot accommodate any sitting customers. It is still worth a visit. I bought a “Rosette de Lyon” saucisson and left.

We also drove through Union Street which looked a little more appealing than Chestnut Street, but ultimately, we decided to leave the city and have lunch in Sausalito instead. A wise decision. Probably due to Covid, and the afflux of homeless people, large cities are becoming less and less welcoming every day.

We finally stopped at Fred’s in Sausalito and sat down for some good old-fashion eggs Benedict. Impersonal, hurried junk food, or “malbouffe” as the French call it, is definitely not my cup of tea. Life is too short to waste a single second on bad food or bad company.

“You cannot go back in time, even if you wish it with every fiber of your being, your heart and soul, even if you think about it every day. Trust me. I know.”