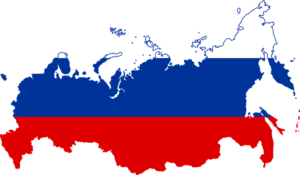 Today, any sane person would unquestionably say “no” to starting a war… but this is what Russia did in Ukraine almost a year ago.

It happened against the will of many Russian citizens, but their early protests were met with harsh retribution by the police and lengthy prison terms.

Since then, protests have been few, but it does not mean that every Russian citizen agrees with Vladimir Putin’s imperialist ambitions. Many don’t, especially the younger generation. Most speak English and want good relations with their neighbors, but now, due to NATO sanctions, it is almost impossible.

As previously mentioned, I follow a few independent Russian YouTubers to form an opinion (notably Daniil Orain) and I trust his candid, slightly mocking street interviews to take the pulse of his nation.

Based on his quick questions and answer sessions, I gather that most of the Soviet Era generation wholeheartedly support Putin. They never traveled outside Russia, don’t speak English and firmly believe the official nonsense about de-nazifying Ukraine… this is especially true in rural areas. Unbeknownst to many, could Volodymyr Zelenskyy be a secret Nazi? A little far-fetched…

The younger set is much more skeptical; many of them speak English but they are visibly afraid to answer pointed questions. Many declare that they are apolitical and not at all interested in what’s going on in Ukraine. This is exactly what Putin wants. Just behave, he tells them, and I will let you have a little piece of the pie… but don’t ever interfere with my politics… or else!

Some citizens though dare to express some heartfelt feelings about Putin and his belligerent policies. But this is more the exception than the norm. Fear is omnipresent and palpable. Most young women (not all) are against the war. Some mothers and wives, braving the police, are starting to question the authorities about what happened to their missing kinfolk. Troubles brewing…

Many Russian citizens are totally brainwashed into thinking that Putin knows best and will prevail in all his enterprises. He is a cunning fox; he knows what he is doing they say. Eerily reminiscent of “Il Duce ha sempre ragione” (Mussolini is always right).

What’s in the cards for Russia’s czar and his “special operation”? Difficult to predict, but many so-called strongmen were ultimately proven to have “feet of clay” (the Book of Daniel).

“Vladimir Putin Travels to an Eastern European Country. He walks up to the customs agent who asks
-Name?
Vladimir Putin
-Country of Origin?
Russia
-Occupation?
“No, no. Just visiting.”